Meanwhile, the last Encounter was With The Unknown Being where a girl went through a roller coaster ride through her past lives and eventually met something? someone?

If you have no time to read all, I might suggest reading The Unknown Being, my guess that it’s Loki the Norse God of Mischief

So go ahead, read it and tell me who you think the unknown being is~

Anyway, each client can experience different things under hypnosis

Because we all have unique Perceptions, Mindsets, And Beliefs

This create a type of personalized hypnosis experience for everyone!

And for today, this story is about Visiting The Underworld

Especially since it’s around the time of Halloween~

Quite an apt story to share I must say 😉

In a sense, sometimes, it feels like he isn’t in his own body, but out of his body

Interestingly enough, I had a couple of people with this issue and yes, they all required different hypnosis techniques to find their own solution to resolving the issue

Another lady for example, felt like she was looking at herself and time seem to slow down really drastically!

Now you must remember

So even if you felt something similar in you as you read the stories and encounters I share in my blog, it’s still uniquely them

And why everyone is unique

Anyway, shall we get started for today’s story?

As a recap, Ned has this odd issue of feeling like he is not in his own body at times

And perhaps you might be interested to know that we did this online, on Zoom in fact~

Once he was comfortable and safe

And also to check the laptop, mic and sound

We begin the hypnosis to enter his mind…

And he found himself in a room

It was a simple room, rather bare, with a sofa and a coffee table

Ned said he never been in this room before, but it feels safe

After looking around for bit, I asked him to find a pathway out

He saw a brown door and once he steadied himself, he opened and walked through

Because he couldn’t see anything

I reassured him that everything is still ok

This is because just as there are different humans with varying degrees or powers of sight, hearing, touch sensitivity, smell, taste etc

Similarly, we can experience different and varying degrees of sight, hearing and so on

So if Ned cannot see anything at this time, then we check the other senses

He couldn’t hear anything either…

Interestingly enough, the lack of sound was deafening to him

Next is touch or the physical space

He realized it feels like an enclosed space… even trapped…

After a couple of seconds to get his bearings, and feelings of the space

“Huh~ a coffin… interesting… so what are you doing now?”

“McKing, I feel scared, I’m panicking, is this normal?”, he added

“Ok remember that you are safe in the chair in front of the laptop, and just pause everything for a moment… are you the you today or another you?”, I asked him

“It feels like me… but not me at the same time…”

“Ok, then do you know what year is this?”

“Erm… I don’t know if you will laugh at me or find it weird… but I get the feeling its like in the 1600s…”, Ned replied even more confused

“For now, I will ask you to rewind the events to see what happened prior to you being in this coffin… can you do that?”, I continued

Now he saw himself outside on a field of crops, and he’s a farmer raking the field

The clear sky however, soon turn into a crimson red, with sounds of rumbling thunder in the distance

He looked around in fright, but curious, he held his rake in front of him and approached the broken ground carefully

The farmer could see something through the broken ground, he peered even closer…

There was an explosion of sound!

It was a coffin and a skeleton jumped out and grabbed onto him, pulling him into the coffin!

He was suddenly falling through the darkness, flailing his arms as he fell deeper and deeper!!!

After some time, he was still falling!!

Now he is just confused…

This abyss seems to be endless…

The ground appeared suddenly and was moving to his face!!

“Oof…”, he grunted as he hit the ground

Thankfully it wasn’t that painful…

Ned dusted himself as he raised himself up from the ground

“What…”, he mumbled to himself

“I’m underground… and this place is huge… it’s just a really dark place… the grass is black… and above me… I can see the hole… the coffin hole I just fell through… and I can glimpse the crimson sky too… through the hole…”, he explained

“Ah! McKing, there’s a skeleton here with me”

“A skeleton? What is it doing?”

“Ok, ask the skeleton why did it bring you here?”

After some time, Ned shared what happened

Essentially, this skeleton (who happens to be female) is a part of him

And by blocking his emotions for so long, it manifested into this skeleton with no flesh

Since it represented his emotions, and this is a separation, we need to reconnect

They started dancing with each other

Alas! It seems that it wasn’t the right moment or time

He blocked them off far too long!

The more he consciously does the behaviours to reconnect with his loved ones, the more the skeleton of emotions can merge back into him

“Alright then, if there is nothing else, perhaps it might be time to go”, I said

Upon hearing me, the female skeleton was sad… sad that Ned had to go…

She asked if he will visit her in the future, and he replied yes he will

Just as he was about to close the door, a skeleton hand appeared and grabbed onto the door, preventing it from closing!

It was the female skeleton!

Ned didn’t want to close the door and break her bony fingers, so reminded her that she cannot come here and that he will visit, and only then did she remove her hand and he can close the door properly

Soon after, I brought him out of hypnosis

That was such a wild ride!!

And such an apt story for Halloween, don’t you think? 😉

It a way, it is a reflection of what’s going on in their minds

You see, we can see it as a huge metaphor for Ned

Him blocking his emotions all his life is a big thing!

Literally half of the body – either the flesh or the bones!

Left and right will be particularly gruesome…

And in this, one of the rare outcomes

Where the client, Ned, has to consciously (or logically) do something, in this case, to reconnect with his loved ones first

Before his emotions can merge fully with him again

And this brings us back to the original issue

In case you were wondering

Think of it as since he blocked his emotions so much that it manifest into an alternate skeleton, that’s why he felt like he wasn’t in his own body in reality

His sense of self had split into 2 forms!

And for the record, last I chat with him, he is doing well!

And probably more importantly for him, he is experiencing the “out of body” thing less and less, maybe once a month now

So that’s a lot of progress!

Remember that everyone is a unique individual with their own set of ideas, values and beliefs so each hypnotic experience is so amazing~

Alright, comment below if you got any questions and I’ll see you next time! 😀 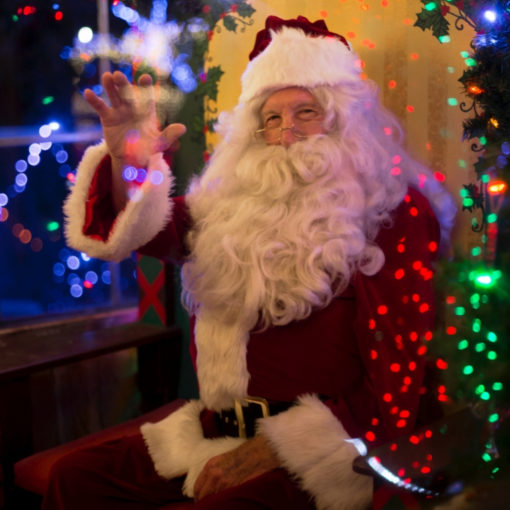 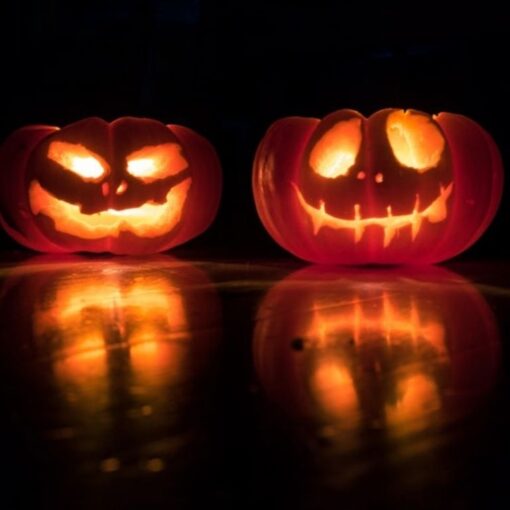 In today’s sharing of “An Encounter With…”, we will be looking into an old and possibly odd case Now I’m not sure […] 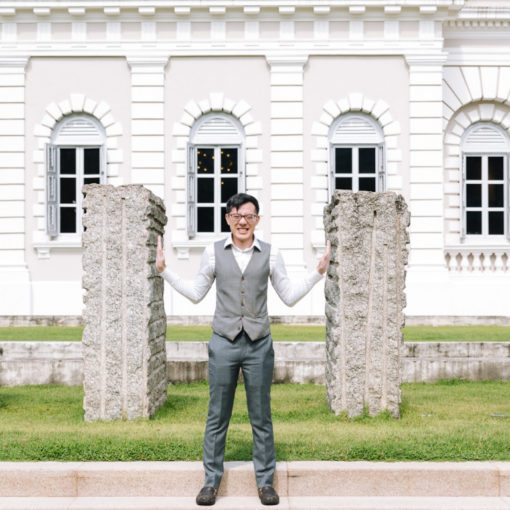 Was offered to try NLP and hypnosis as suggested by McKing. Initially, I was kind of skeptical about it but I was […] 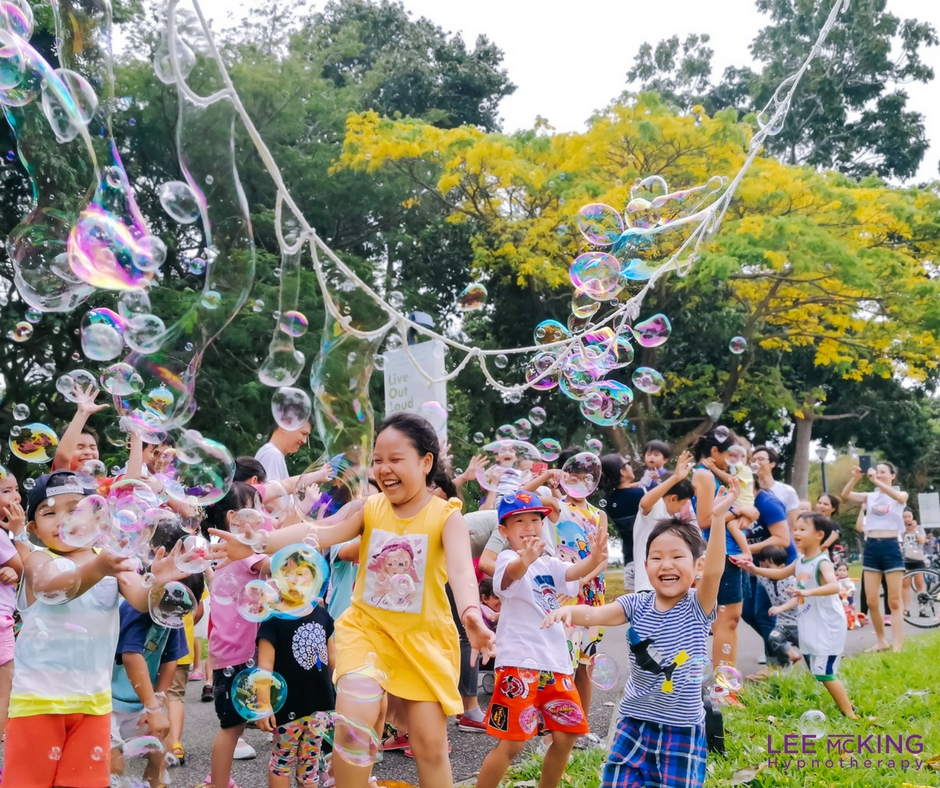